Paul Maurice took over from former head coach Claude Noël during the 2013-14 season, after a rough 19-23-5 start to the season had fans and management looking for a change. Since taking over, he’s had four full seasons, and two partial ones now, for a total of six unique seasons shepherding the Jets towards success.

Maurice started out as a promising defenseman for the OHL’s Windsor Spitfires, and was drafted in the 12th round by the Philadelphia Flyers in 1985, before having his playing career stolen from him when an unexpected puck deflected into his eye, causing permanent damage and compromising his depth perception. During the 87-88 season, the Spitfires owner gave him the option of being traded to make roster room for another player, or becoming an assistant coach, and Paul Maurice took his first steps down his new career path.

Working under former Bruins/Red Wings winger Tom Webster, Paul Maurice spent his first part-season in a coaching role helping to lead the 1987-88 Spitfires to a 50-14-2 record, good enough for top of the league, and earning a spot in the Memorial Cup. The WHL’s Medicine Hat Tigers beat them for the trophy in a 7-6 barn burner, but the team had proven it was capable, and well-led under Webster, with Maurice learning along the way. Webster earned himself an NHL position with the Kings.

The Spitfires owner, Peter Karmanos, worked with Paul through various junior level teams and positions, and when Karmanos finally purchased the Hartford Whalers, Maurice got his first chance as an NHL assistant coach under Paul Holmgren, whom he quickly replaced. At only age 28, Paul Maurice became the second youngest head coach in NHL history.

When the Whalers relocated to Carolina and became the Hurricanes, Maurice tagged along and remained head coach of the new team. With Carolina he won two Southeast Division banners, and made playoffs three times. They lost the Stanley Cup Finals in 2002, then dropped off to miss playoffs the very next season. In 2003-04, management felt it was time for a change and replaced him with Peter Laviolette.

Maurice ended up spending a year with the Toronto Marlies in the AHL, before being promoted to the Maple Leafs for a couple seasons before he was once again let go. When Laviolette was removed from Carolina in December 2008, they turned back to Maurice and he began his second stint as head coach of the ‘Canes, as the carousel of NHL coaches continued to whirl and spin. After another playoff run where the ‘Canes hit a Penguin-shaped roadblock, the team failed to get back to the playoffs, and Maurice packed his bags for a year in the KHL.

In January of 2014, the Winnipeg Jets were struggling under an inexperienced coach in Claude Noël. when Noël was let go, Maurice was brought on board, and the Jets finished the year stronger than they’d looked in the winter. After a promising turnaround in just a couple months, Maurice was offered a four-year contract as head coach, and has extended that contract again in 2017.

Maurice has been an excellent fit with the organization. His measured, thoughtful interviews depict a sharp and analytical hockey mind, and his impassioned responses to bad play or questionable officiating show his strong competitive drive. He also displays enough self awareness to know when it’s time to sling a witty joke to ease the tension. He’s spoken candidly about how comfortable and welcome he and his family have felt in Winnipeg, right from the start. His rapport with Cheveldayoff, the respect of the players, and the success on the ice all seem to indicate that he was the right man for the job.

With more career wins coming into this season than every other active head coach except Hitchcock and Trotz, he’s one of the most established NHL coaches in the league. It’s an unpredictable job, known for having a looming expiry date, but only Jon Cooper of the Tampa Bay Lightning has held his post for longer than the Jets’ bench boss. With eleven head coaching changes in the last twelve months, that is a pretty remarkable achievement.

Here’s to another year of gum chewing and laser sharp glares at officials.

Idea for the @NHL. Extend the season for all of the 20/21 season. Contracts extend for a year. No draft. Trades allowed as soon as hockey is back. 164 game season then playoffs. #Fixed 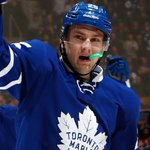 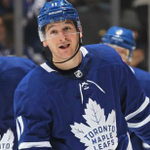 Play of the year. @Starting9 pic.twitter.com/VDXxaCpmxX